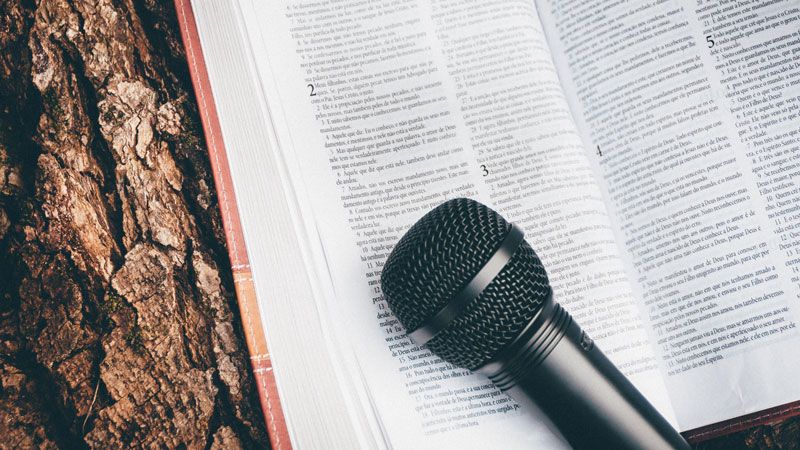 Pink Floyd’s song ‘Learning to Fly’ perfectly shows the beauty that can be found in music: “Into the distance a ribbon of black, Stretched to the point of no turning back…” We can probably think of many beautiful words from the songs we know. Think of how many songs you know from memory just in your own language. But, how can you start learning English with music?

How can music help you learn English?

Dr. Gordon Shaw developed the Mozart Effect in the 1990s. He believed that listening to classical music, specifically Mozart, could make smarter. In the 1970’s, Shaw was interested in ‘brain theory.’ He began to study ‘spatial reasoning’ – a branch of neuroscience. People use spatial reasoning in activities like problem solving, mathematics, engineering, science, and even playing chess.

Shaw, along with Xiaodan Leng, created a model of the brain and used musical notes to represent brain activity. The result: the sound produced was similar to classical music. Consequently, Shaw decided to test the effects of classical music on the brain and if learning English with music was possible. Over 20 years, Shaw conducted a series of tests on people ranging from three-year-olds to college students. In 1993, he reported that the IQ of college students had increased by as much as nine points just by listening to Mozart’s “Sonata for Two Pianos in D Major.”

Similar studies, like one conducted at Oskosh in Wisconsin, showed that preschoolers who had piano lessons twice a week scored 34% higher in spatial reasoning tests than those who had none.

However, studies conducted by Harvard medical student Christopher Chabris, were not as successful. In 16 different studies on 714 people, he found that there was no significant rise in the subjects’ IQ. Similarly, he found no increase in spatial thinking or abstract reasoning. So, does this mean that the Mozart Effect is a load of nonsense? As medical technology improves we will know the answer more clearly.

One thing we do know is that music is a VERY powerful tool and is great for learning English with music. Author, Daniel Levitin, recently carried out a study including the world-famous singer, songwriter and musician from The Police, Sting. Levitin showed that while he was listening to, not Mozart, but jazz, something amazing happened to his brain. It woke up. Yes, his brain activity increased. All of his neuroreceptors came alive. But what does this mean? Quite simply that the brain’s activity and capacity increases. Your brain is functioning at its maximum potential. That is, the optimum state for learning.

So, when you listen to your favourite tune and focus on singing along with the words, that’s how you come to remember them.

The brain works in three modes, or phases – Alpha, Beta and Gamma.

When the brain is in Alpha mode it’s awake, alert, and ready for action. In Beta mode, it’s relaxed, probably what yours is in now. Did you know that a prime factor to maximum brain function is oxygen? That’s right, oxygen rich blood helps keep the brain in Alpha mode. Therefore, ensuring your brain receives oxygen through good blood circulation is vital for good brain function. In fact, right now, while you’re sitting reading this blog, you’re only receiving about 70% of the oxygen your brain needs. So where is the other 30%? You’re sitting on it. about one third of the oxygen rich blood is concentrated in your buttocks. Stand up and it will start to flow to where it’s supposed to be. That is, to your brain. When your brain enters Gamma mode, that’s when you’re sleeping… the brain’s functions are at a minimum.

What music should you listen to?

Shaw used Mozart. And, Sting used jazz. So, are we setting a precedent for which music to listen to?

Some may argue that Mozart or Beethoven are better than Metallica and Iron Maiden. However, we can’t really set rules and say which music is best. We each have different preference and no two brains are alike. This means that what wakes my brain up, may not have the same effect on your brain. But, most importantly, it needs to be stimulating. If it’s too relaxing, you’re only going to want to sleep.

Remember Pink Floyd, the band mentioned at the start of this blog. What was so good about Pink Floyd’s songs? It wasn’t just that the music stimulated the brain, it is the quality of the lyrics. The lyrics contain what is needed to learn English. That is, excellent and extensive vocabulary, correct use of grammar and structure, and metaphors. It is, basically, the perfect English lesson.

However, it’s not only Pink Floyd that can help learning English with music. How about the “Fab Four?” Or, the Beatles? No doubt, they can “Roll Over Beethoven” while they sing “Something” as they “…hold your hand” down “The Long and Winding Road.” All these songs will help improve your English.

The important thing is to look at the quality of the lyrics. They need to follow good grammar structure, correct use of verb tenses, extensive vocabulary, and good pronunciation. Basically, all the ingredients to teach you English correctly.

Why not try this fun exercise to show you just how powerful music is in learning a language?

Take a song in your own language and follow these steps:

How did you do? You may have found up to 20% of errors. Now, do it again with an English song. Don’t be surprised if you find the number of errors is as much as 80%!

Why the errors? These occur for two reasons. First, as a musician sings, the notes of their voice and the notes of the music meet. Thereby, causing, what is known as, acoustic crossover. When this occurs, it is very easy to mishear one word for something completely different. Second, the brain’s activity as each neuroreceptor is stimulated is working to access your whole brain. It does this to find the vocabulary in the song. Sometimes, the words are just not there because they don’t form part of your vocabulary bank. So, this is a great way to expand your vocabulary and learn how to use all these new words. However, you’re only half way there.

To get the full benefit you can’t just listen to music. That would be like going to class and only listening to your teacher. That would be a complete waste of time. You need to PRACTICE! Remember, practice makes perfect.  If you want to start learning English with music, you need to SING!

“But I can’t sing,” you say. So, what? No doubt, you sing in the shower or when driving your car. Everybody does. So, what better place to start learning English with music than when you’re having a shower. Not to mention, bathrooms have great acoustics! So, sing to your heart’s content and really enjoy boosting your English with music.

Artificial Intelligence: Is this really the future?

Past Simple and Past Continuous